I got your Mom’s permission to write you this letter because I feel that you and your awesome teammates at CSA have something huge to share with your generation. And since I was also active in sports during my younger days, I believe I have an idea about what’s happening to you guys at this point in your young lives.

Remember what I told you after that hard-fought game against Don Bosco earlier? That “you didn’t lose. You just didn’t win. There’s a difference.” Let me have this chance to explain it to you further.

You lose a game when you don’t even try or get frustrated during a game. When things like these happen, you lose focus and forget what you are playing for. Everything seems a lot more difficult than it should because you start forcing yourself to score points. And the more you force yourself into the game, the less efficient you become.

You do not win a game when despite all the hard work you did from the practices to the actual game, you still cannot get the victory. You have great defense and fantastic offense. Your passes are precise. Your peripheral vision is tremendous. But it happens that your opponents were just better in that game. That’s the only reason why you did not win. Nothing else.

That’s what happened to you guys in that amazing game earlier. We saw how exhausted and thirsty you all were, yet you fought with all the strength you have left. What spirit you guys showed! I can’t imagine playing competitively for three straight days the way you guys did.

You guys were so evenly matched that it had to come down to a shootout. You were all that impressive! Unfortunately, we can’t have two winners in a game, right? But that’s what makes being in sports exciting! The thrill is something that only athletes like you can feel, which is why you guys are so special.

Well, it looks like the Lord gave it to other team. I’m sure they were praying as well, along with their parents. God knows something we don’t, so He gave the victory to them. 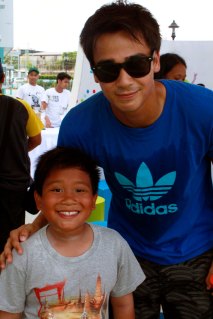 This is not the first time that you did not win a game; but I feel that as you grow up, it gets harder for you to take each time it happens. That’s only because you are beginning to understand how much it takes to get something you really want. That’s usually how great athletes start — from adversity.

Do you know what that means? It means that you may not have won, but you have gained something else: the power to know better. You can use that power to improve your game and get to win games in the future. Don’t get me wrong – there will still be times when you will go home without a victory. That’s okay, for as long as you make sure you don’t lose a game the way I just described it. 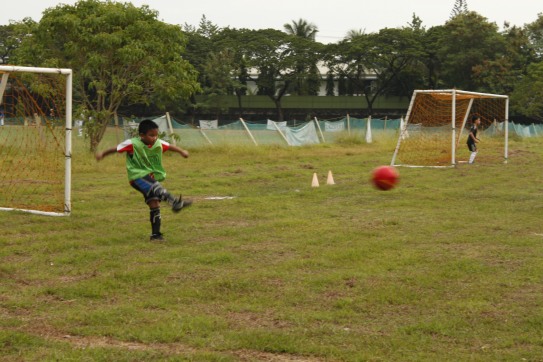 In the meantime, I will try to watch your games whenever I can. I love watching how you’ve improved so much from the time you first kicked a ball when you were about six years old. I also love cheering with your Mom and Dad and the rest of the supportive parents of your teammates. I don’t know if they ever tell you this, but your parents also get nervous, stressed and tired after every game. The Moms, especially, are adorably funny whenever they get unconsciously feisty against questionable calls and non-calls from the referees. They’re even funnier whenever you guys score – there was even one who did an imaginary cartwheel after a goal you made. Give them a slow clap one of these days. They all deserve it.

I think I’ve said more than enough. I know it’s not my place to say these things to you, but I have always considered you my son, and I have to thank your Mom and Dad for sharing the wonderful feeling of being a parent to you.

We are all proud of you, regardless of the results of any game you play.

P.S. I always refer to the silver medal as “the other gold”, if only because only one team can be declared a winner.

I started this digital journal initially for self-expression -- because this is what I do. I write for my profession and for my passion. Then it dawned on me that what I was doing was selfish. I found new inspiration in Proverbs 31:8: Speak for those who cannot speak; seek justice for all those on the verge of destruction. Through the years, I have met people from various walks of life with stories that deserve to be told. Unfortunately, not all of them have the gift of gab. So I presented myself to them, giving them the voice that they need to share their stories. Stories that inspire, cry out, reach out, provide unspoken truth. View all posts by beingKirei